most accurate predictions for the matches of CS: GO!
HomeNews CS GOEpsilon defeat Nemiga to qualify for Charleroi Esports

Epsilon won the second European qualification for Charleroi Esports. In the grand finals they won the match against the Nemiga team. 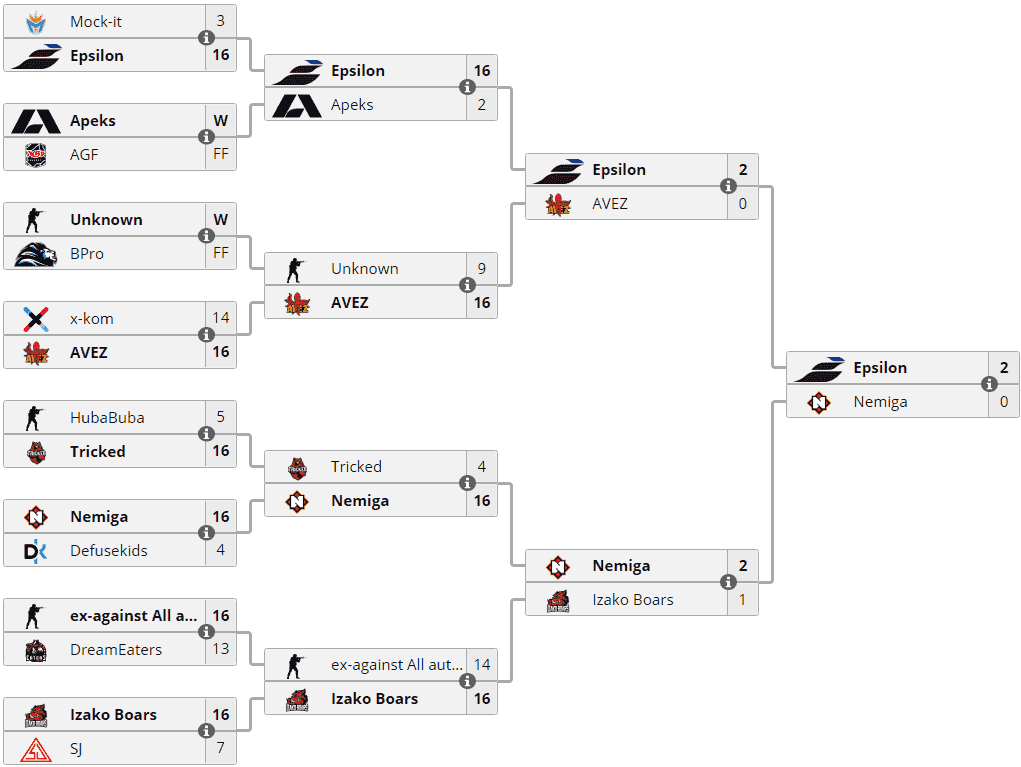 Charleroi Esports will be held from April 12 to April 14 at the RTL Spiroudome arena in Charleroi, Belgium. The prize fund of the championship will be 100,000 euros, for which 8 teams will fight, 5 of them will receive direct invites, and the rest will be determined after the regional qualifications for Europe and Asia.

The CS:GO events in April – what to expect from three hot battles in Belgium, Rio, and Sydney
0

Now the world of CS GO in your smartphone!

Stay always in touch, no match will not pass without you!

CSGO Forecast Analytical Service in online mode informs you about upcoming, LIVE and the results of past matches, etc.

Look at the predictions for the matches and make your own, vote or bet virtual bets on matches, participate in contests and win skins!